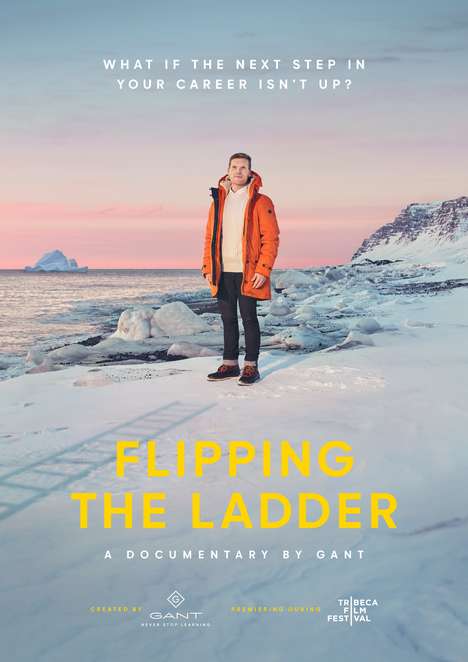 GANT’s ‘Flipping the Ladder’ is About Changing Career Paths

Fashion brand GANT recently debuted a new film called ‘Flipping the Ladder.’ The piece is feature-length and tackles the topic of changing careers in the later years of life. The documentary is narrated by American actress Rashida Jones and features prominent, bold personalities like Katherine Siemionko — the founder of the Women’s March Alliance, as well as some academia-focused individuals like neuroscientist Dr. Vaughn and Nava Ashraf — a Professor of Economics and Research. ‘Flipping the Ladder’ is intended to inspire action that not only initiates change but also feels right. The film debuted during the Tribeca Film Festival.

It is quite interesting to see the intersection of the art of cinema and a fashion brand. It truly speaks to the interdisciplinary value of combining to produce engaging and worthwhile content.