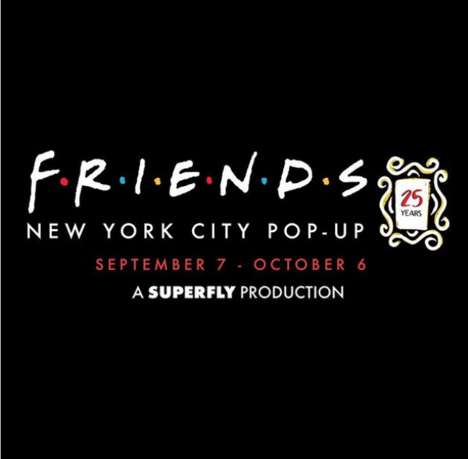 In celebration of the iconic 90s sitcom’s 25th anniversary, a Friends pop-up is opening its doors to die-hard fans in New York City. The temporary initative includes a number of spaces that mirror some of the show’s sets and individuals who attend will have the chance of reenacting their favorite scenes.

The Friends pop-up has been aptly named ‘The One With The Pop-Up,’ cheekily paying homeage to the episode title format of the series. The space will operate every day from September 7th until October 6th. The tickets have been sold out, signaling that the 90s show is still quite iconic and relevant to contemporary consumer demographics. Despite this, however, the website of the Friends pop-up reminds individuals to stay tuned because “like Janice, you never know when [they’ll] be back.”