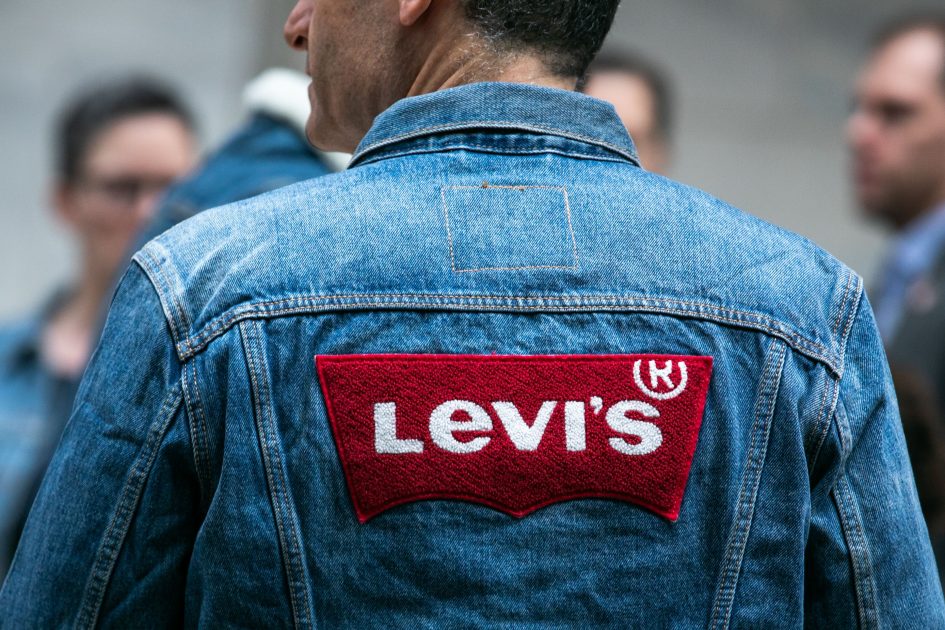 Check out the companies making headlines in midday trade:

Levi Strauss— Shares of jeans-maker Levi Strauss tanked more than 12% after the company said sales growth would slow in the second half of the year due to weakness in its wholesale business. Levi also reported a 17% drop in quarterly adjusted profit. The apparel company cites a stronger dollar, increased marketing spending and investments in its online business for weak results.

Helen of Troy— Shares of Helen of Troy rose soared more than 12% after the home and beauty products company beat on the top and bottom line of its first-quarter earnings. Helen of Troy also raised its full-year earnings per share and revenue guidance.

Tesla— Shares of Telsa rose 2% after a Bloomberg report said the electric automaker will raise output at its factory in California. Tesla’s automotive president Jerome Guillen reportedly said in an email that the company “hit new records in all production lines for output and efficiency” during this year’s second-quarter.

Mylan— Mylan dropped more than 4% after Bloomberg reported that the pharmaceutical company’s shortage of the allergic reaction treatment EpiPen is causing difficulties for patients and pharmacists. EpiPens have been hard to come by since May 2018, Bloomberg said.

Micron— Shares of Micron rose more than 3% after the company announced a debt offering that the chipmaker said it plans to use to fund the purchase of Intel’s noncontrolling interest in semiconductor company IM Flash Technologies.

Comcast— Shares of Comcast rose more than 1% after Goldman Sachs upgraded the media company’s stock to buy from hold and raised its price target to $54 from $44. The bank said the company is well positioned to “sustain double-digit growth” in earnings over the next five years.

Deere— Shares of Deere fell more than 1% after UBS downgraded the stock to neutral from buy saying it expects demand for machinery to be moderate until 2019 growing season.

MSC Industrial Direct— Shares of MSC Industrial Direct fell more than 4% after the industrial equipment distributor reported disappointing third-quarter earnings. The company earned $1.44 per share, while analysts estimated earnings per share of $1.49, according to FactSet. Revenue came in at $866.5 million, missing Wall Street’s estimate of $882 million.

Disclosure: Comcast is the owner of NBCUniversal, parent company of CNBC and CNBC.com.

— with reporting from CNBC’s Millika Mitra.