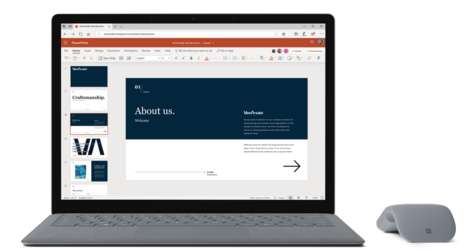 Microsoft is changing the name of its Office web apps. The company previously used a naming convention for its online apps, which would include the app and then “Online” after the name. The company has since decided to remove the “Online” portion in the name of the Office web apps. Where it was previously referred to as “Word Online,” the application will now be known as “Word.” The new branding will apply to all of the Microsoft Office apps, including Word, PowerPoint, and Excel.

However, Microsoft will continue with the old branding for some of its applications. This will apply to Exchange Online, SharePoint Online, Project Online, and Office Online Server.

Microsoft notes that it utilizes sub-branding in order to differentiate its different products and it indicates that it will roll out the new changes shortly.