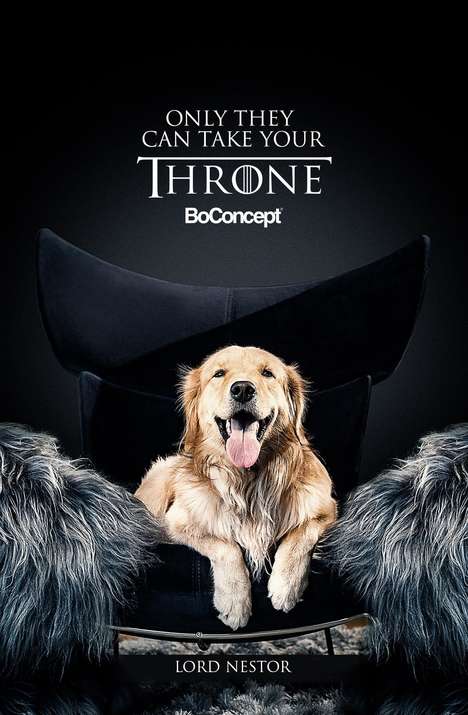 Before the culmination of Game of Thrones’ final season, fans had plenty of guesses as to who would end up on the coveted Iron Throne—and modern furniture chain BoConcept created a fun furniture ad campaign to remind viewers “there’s a throne at home they’ve already lost to those with the fiercest claim.”

Playing up the idea that pets often win the best seat in the house and are reluctant to give up the comfortable spot once they are settled, BoConcept created ads to suggest that pet owners may want to consider just getting a new chair to watch the final episode from.

The charming Game of Thrones-inspired ads star dogs like the regal and lion-like Lord Nestor the Golden Retriever, Lord Milan and the proud Lady Hanna.