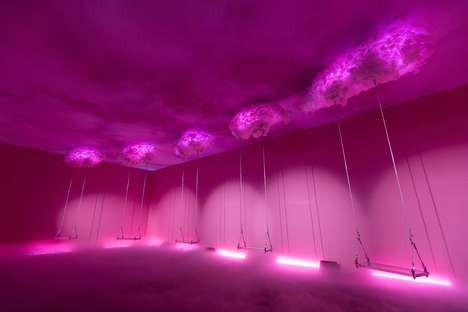 In celebration of the 20th anniversary of its iconic Orgasm blush, Nars launched The O by Nars in London as a “sensorial playground” pop-up that invited people to awaken all of their senses. Over the course of just three days, people had the chance to explore the multi-sensory pop-up’s five interactive rooms, each of which was devoted to a different sense.

In one of the rooms at The O by Nars, people could take a seat on a swing and move through clouds of perfumes of smoke, while others offered a merry-go-round photobooth and even a slightly sensual touch-and-play latex balloon room. As visitors were presented with a digital RFID card upon entry, they were able to tap the card in each room to collect images of themselves and receive a goodie bag filled with the 20th anniversary limited-edition Orgasm capsule collection.