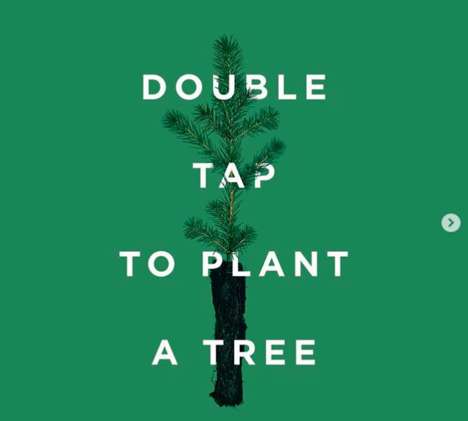 A socially focused tree-planting campaign was launched for Earth Day 2019 by tentree. The clothing company has become widely recognized for its commitment to sustainability as it plants 10 trees for each product that it sells. For April 22nd, tentree took to social media channels to raise awareness about the threat of deforestation.

The tree-planting campaign features a minimalist post of a tree and a prompt for individuals to double tap on it. tentree originally pledged to plant 500,000 trees in Indonesia to support the country’s mangroves, tropical forests and agroforestry practices. The catch was that the company’s post needed to reach five million likes by April 26th. After superseding that goal in less than 24 hours, tentree amped the stakes of its tree-planting campaign and committed to planting one million trees if the post reached 20 million likes.

The photo has quickly become one of Instagram’s top five most liked photos.