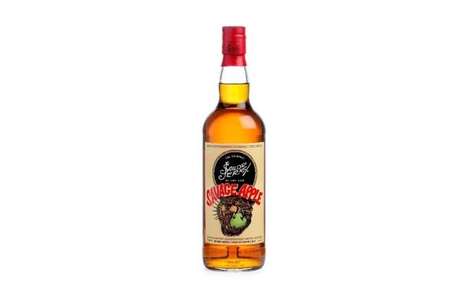 The Sailor Jerry Spiced Rum Savage Apple is the first new flavor from the brand since the original product’s release in 2000 and aims to offer consumers a summertime spirit that’s ready for outdoor living. The apple-flavored spiced rum is reported to have notes of both apple and cinnamon to make it perfect for use in your choice of cocktail or even on the rocks. The spirit is being launched initially just in New York and Florida with a nationwide launch set for later this year.

Sailor Jerry Brand Ambassador Anthony Bohlinger spoke on the new Sailor Jerry Spiced Rum Savage Apple saying, “Savage Apple is an amazing addition to the Sailor Jerry story. This is the first new product we’ve ever released, and it is a fantastic liquid; one we know our fans will enjoy for its quality and bold nature.”