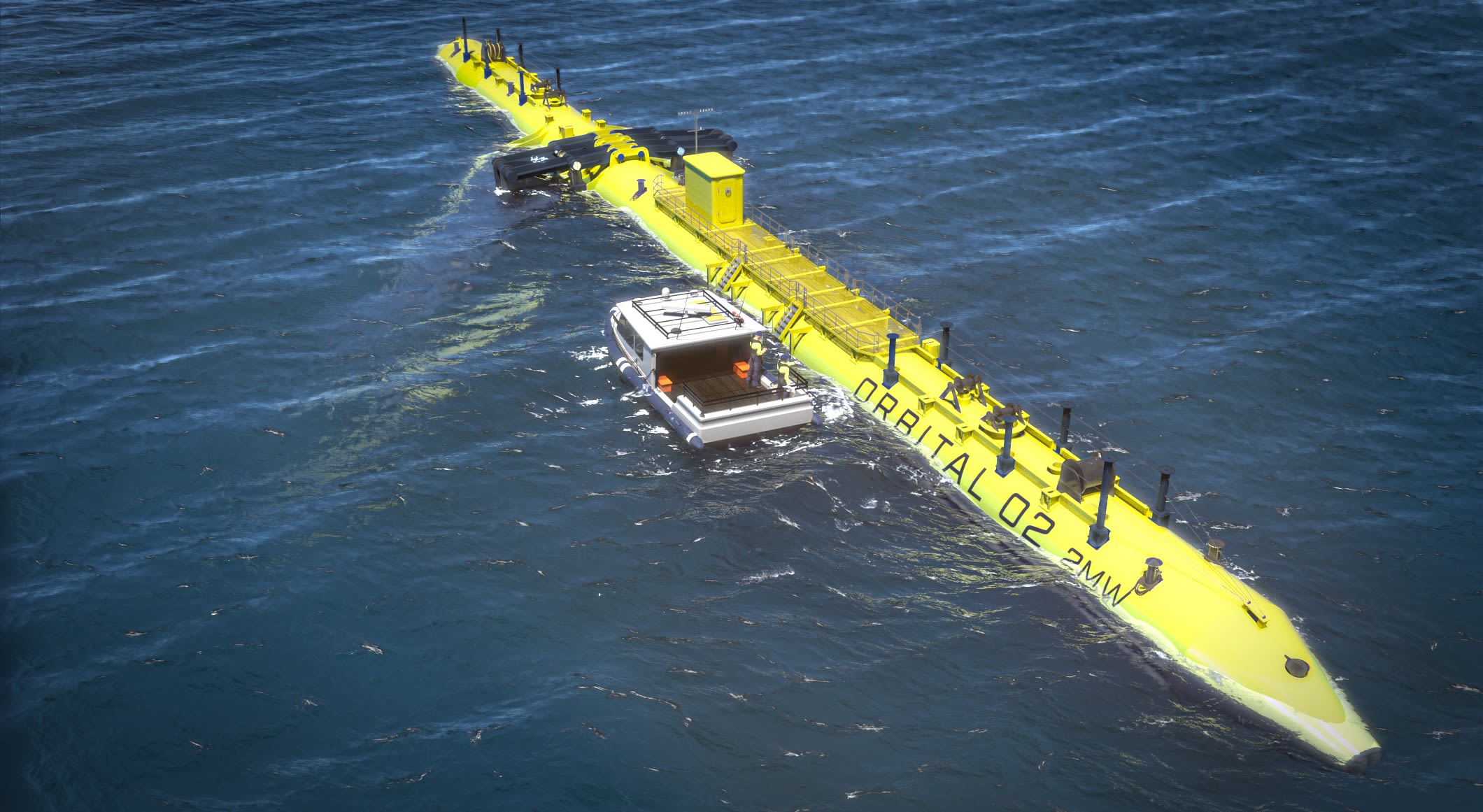 The Scottish government has awarded £3.4 million ($4.17 million) in funding to assist with the construction of a next-generation floating tidal turbine.

The recipient of the funding, a Scottish firm called Orbital Marine Power, is developing what it describes as the “world’s most powerful tidal turbine.”

The Orbital O2 will be made up of a 72-meter-long “floating superstructure” supporting two 1 megawatt (MW) turbines on each side. It will have rotor diameters of 20 meters. It’s scheduled to commence operations in 2020 and will be able to power more than 1,700 homes annually.

The turbine is set to be built in Scotland and will be installed at the European Marine Energy Centre in Orkney, a collection of islands off the northeastern coast of the country. In January 2019, a crowdfunding round raised £7 million for the Orbital O2 2MW project.

“We believe tidal energy technology can not only play an important role in our own future energy system, but it has substantial export potential and this fund will help move tidal technologies closer to commercial deployment,” Wheelhouse added.

The development of the Orbital O2 turbine follows on from the 2016 launch of Orbital’s 2 MW SR2000 turbine. The SR2000 produced more than 3 gigawatt hours of renewable electricity in 12 months of continuous testing.

In general, tidal energy exploits what the European Marine Energy Centre describes as “the natural ebb and flow of coastal tidal waters.”

The European Commission has described “ocean energy” as being both abundant and renewable. It’s estimated that ocean energy could potentially contribute roughly 10% of the European Union’s power demand by 2050, according to the Commission.