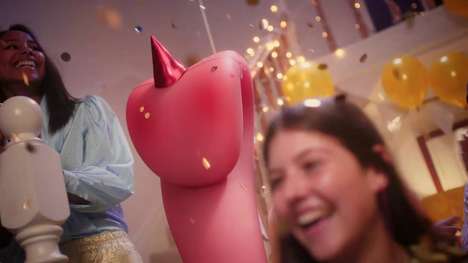 In an effort to bring back consumers’ fun-filled memories associated with drinking Coca-Cola, the brand has launched a new ‘Magic of Coke Taste’ campaign that revisits a woman’s memories.

The campaign starts on a rainy, gloomy day where a woman is taking a sip from the fizzy beverage. The protagonist is then swiftly transported back in her memories with an animated tongue companion. The events include a day spent on the beach with friends, a day skiing and playing in the snow, a movie date with her animated friend, and a surprise party where she dances with her friends. The Magic of Coke Taste commercial ends with the woman doing a bungee jump over a bridge being followed by the animated tongue.

The animated, tongue-themed campaign is on-brand with the adventurous and fun-filled lifestyle Coca-Cola often portrays on its commercials.