‘Upside from here is limited’ 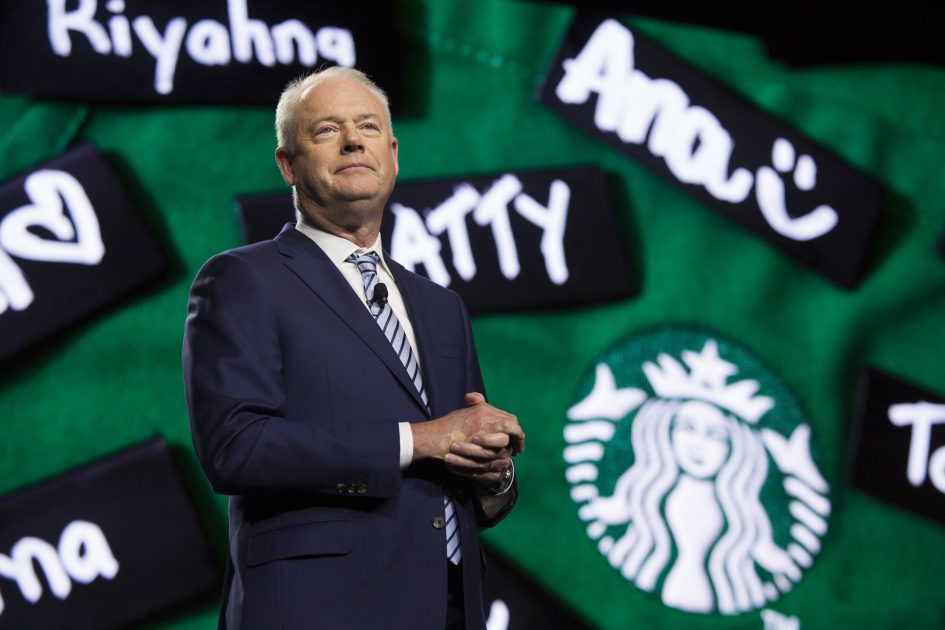 Starbucks President and Chief Executive Officer Kevin Johnson is pictured at the Annual Meeting of Shareholders in Seattle, Washington on March 20, 2019.

J.P. Morgan lowered its rating on shares of Starbucks to neutral from overweight on Monday, telling investors in a note that further “upside from here is limited” after the stock has climbed over 90% in the past 12 months.

The firm’s move comes after Starbucks stock climbed over 9% after its fiscal third-quarter earnings report beat Wall Street’s expectations on Thursday. The analyst pointed out that Starbucks stock pop was “its biggest one-day gain since November 2,” Ivankoe said, and takes it “to levels well above even our $91 December 2020 price target.”

Starbucks stock fell 1.3% in premarket trading from its previous close of $99.11 a share. J.P. Morgan stuck to its $91 price target on Starbucks shares. The firm also removed Starbucks from its “Analyst Focus List.”