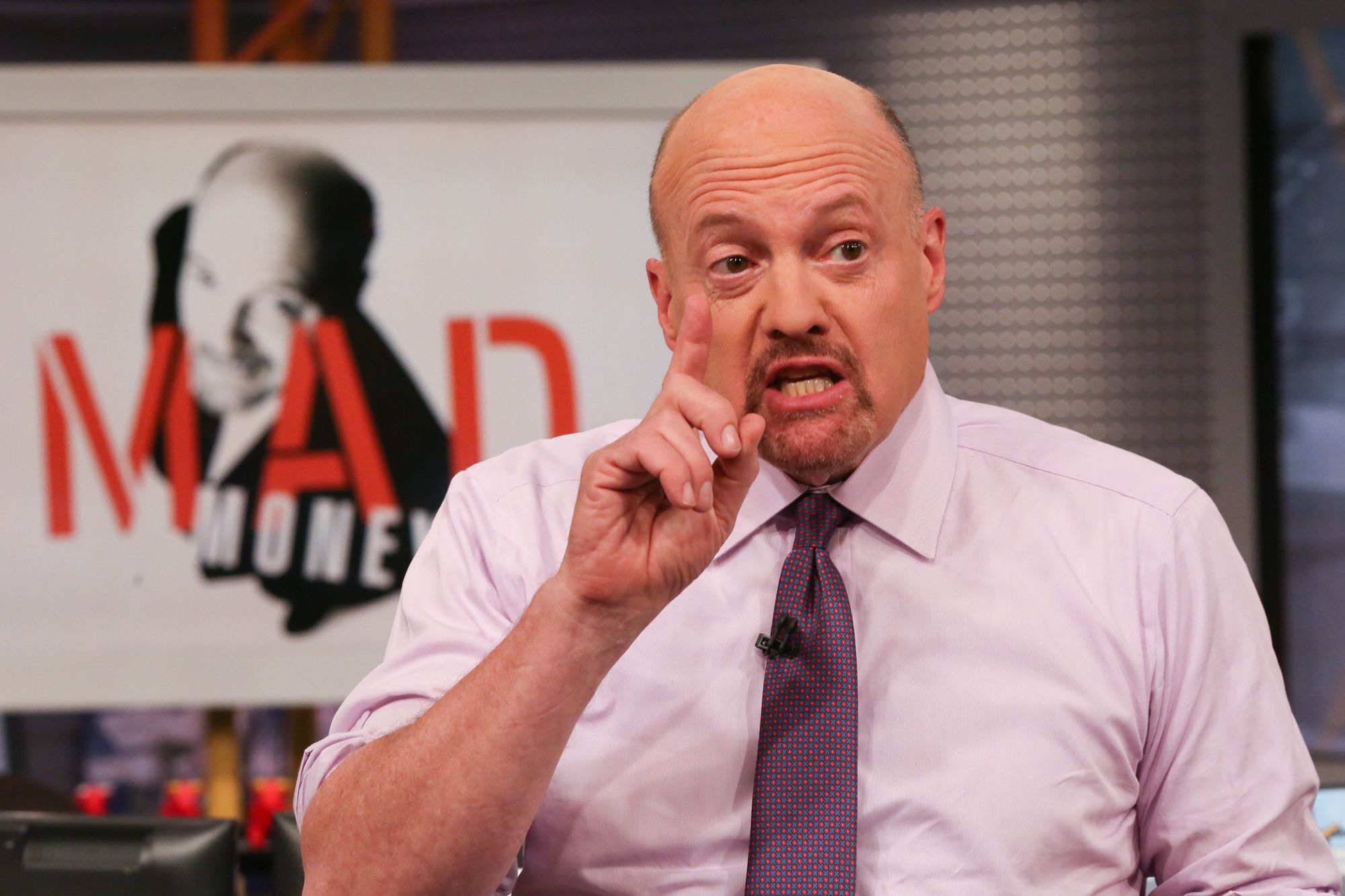 The ride-hailing app, which closed Monday nearly $8 off its $45 debut, is largely to blame for the disappointing debut, Cramer said. The technology platform had terrible timing entering public markets, he said.

“You’re supposed to come public when your business is red hot. But Uber waited too long,” he said. “The ride-sharing company’s growth has been slowing for a while now, and they just had another decelerating quarter.”

The stock will continue to be under pressure until management can get the company on the road to profitability, Cramer said. Uber’s share price was unable to get a good pop once it began trading Friday because it there was not enough demand on the market for the equity, he added.

IPOs are usually tailored toward big institutions where money managers buy most of the shares in the actual deal. That’s followed by individual investors, who bid up the sock in the aftermarket, Cramer said.

“However, at $45, most professionals weren’t interested because they knew Uber was slowing,” he said. Furthermore, it did not help that the company went public “just as Trump started his tariff increases and that spread panic among potential buyers.”

That wouldn’t have mattered if the IPO had been priced correctly, Cramer said.

A trader works on the floor of the New York Stock Exchange (NYSE) ahead of the opening bell, January 4, 2019 in New York City. Following a strong December jobs report, the Dow Jones Industrial Average rose 350 points at the open on Friday morning. In a television interview on Friday morning, National Economic Council Director Larry Kudlow said he believes there is ‘no recession in sight.’ (Photo by Drew Angerer/Getty Images)

Wall Street is nearly oversold and investors should get ready to load up on names that can withstand the threat of higher tariffs, Cramer said.

“Today, the market turned against everything but the soft goods stocks … That kind of move tends to only last for three days, and this was day two,” the host said. “Tomorrow — day three — by the end of the day, the buyers usually start circling back to stocks with no Chinese exposure. Think FANG: Facebook, Amazon, Netflix and [Google’s] Alphabet. “

After another day of extreme selling — the Dow Jones Industrial Average fell 2.38%, S&P 500 tumbled 2.41%, Nasdaq Composite retreated 3.41% — Cramer argued it should be safe to start buying among the rubble on Tuesday. The best picks may be in the managed care, insurance and telecommunication spaces.

“Of course, there are other issues. Most of the upcoming wave of IPOs will be curbed by the collapse of the Uber deal, ” he said. “Short term, that’s a bummer. Long term, it’s fantastic because the last thing we need right now is more stock supply.”

Williams-Sonoma CEO Laura Alber said that the company shuffled its operations over the past year in anticipation of high tariffs on imports from China.

The home goods retailer made adjustments over the past year believing that tariffs on Chinese imports could reach 25%.

“I think that you’re better off preparing for the worst,” she said in a one-on-one interview with Cramer in San Francisco. “Unfortunately that pessimism has come true, and we are more prepared.”

Find out where the furniture retailer is shifting operations here

Twitter Chief Financial Officer Ned Segal said that boiling trade tensions between the United States and China could affect a lot of businesses, but he expects their advertising success with Chinese companies to continue.

Although the social platform is banned in China, Chinese firms rely on Twitter to advertise their brands elsewhere in Asia and other parts of the world, he said.

“That’s been a great business for us,” Segal said in a sit-down interview with Cramer in San Francisco.

Twitter’s mission is to allow users to explore topics and events that people care about. That creates a space that advertisers are hungry to leverage, he said.

Workday CEO Aneel Bhushri told Cramer the software maker does not have a presence in China, so it is safe from any tariff costs.

However, the company has multinational clients across the globe that could feel effects of the prolonged trade war between the world’s largest economies.

“I don’t think we’ll feel a direct impact from the trade talks, with the one caveat that some of our largest U.S. and European multinationals have exposure to China,” he said. “When times get tough they tend to slow some of their investments, but we haven’t seen that.”

Cramer’s lightning round: Fox is a ‘good stock,’ but I prefer Disney

In Cramer’s lighting round, the “Mad Money” host zips through his thoughts about callers’ stock picks of the day.

Village Farms International Inc.: “That’s a cannabis stock. I mean I don’t know if that’s exactly a blue chip like Merc or Phizer. Maybe we hold off for now.”

Sailpoint Technologies Holdings Inc: “We’re going to have to hold off on that one, too.”

Magellan Midstream Partners LP: “I know it well. We had Mr. [CEO Michael] Mears on. He’s actually been one of the few energy people willing to come on air. My problem is this … we’ve gotta get the government to deregulate so that Mr. Mears can make as much money as possible — 6.6% yield … but I don’t want you in [that group]. Those are some of the worse-acting stocks in the market.”