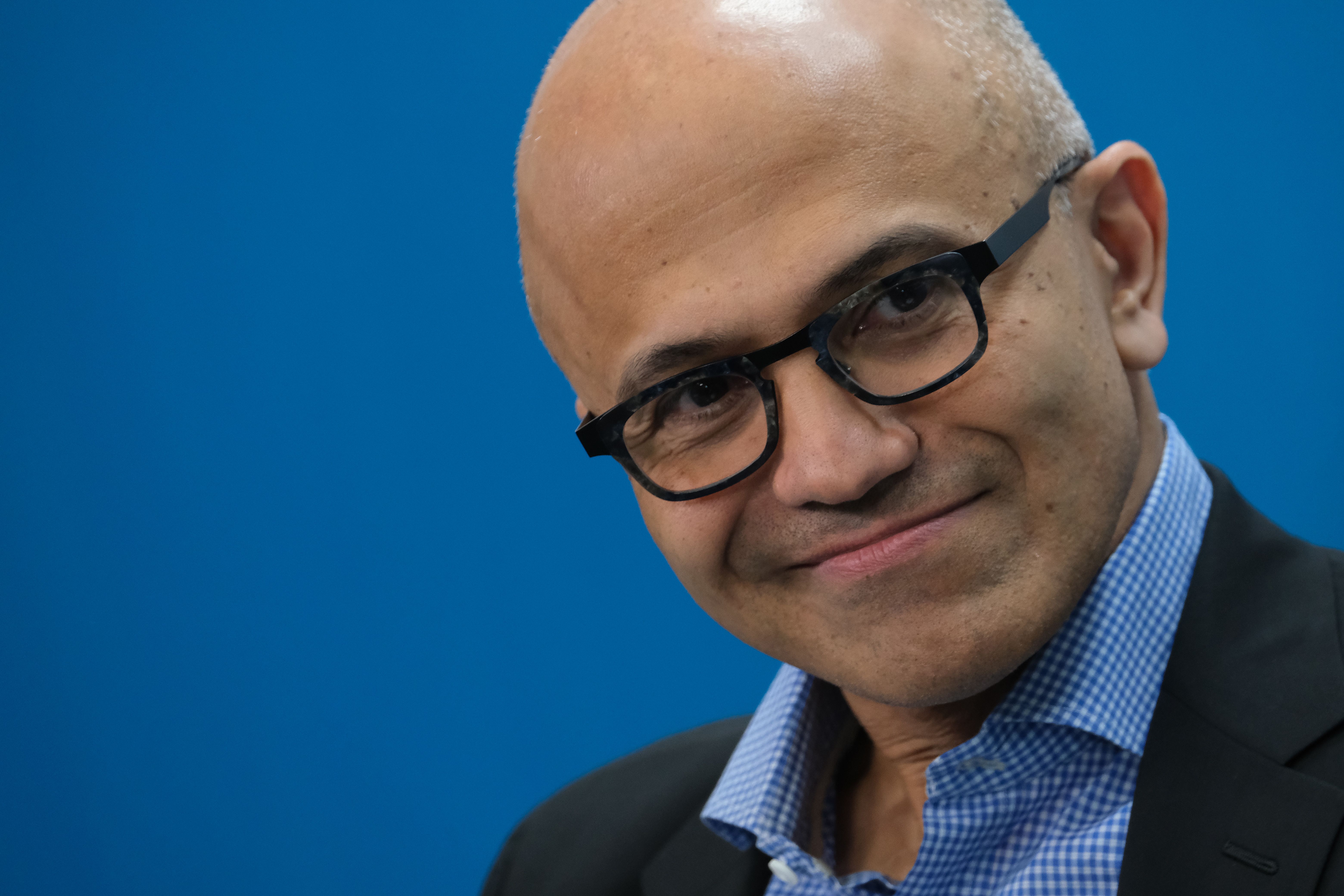 Satya Nadella, CEO of Microsoft, speaks with Herbert Diess, CEO of Volkswagen AG, (not pictured) on February 27, 2019 in Berlin.

Microsoft is looking at a big opportunity to get organizations to pay for more products — and it’s all because of old products.

The company’s customers are now about halfway through the upgrade cycle from Windows 7, an operating system that came out a decade ago, to Windows 10, executive Kirk Koenigsbauer said at a financial event on Tuesday.

As customers upgrade or buy new PCs running Windows 10, that provides a huge opportunity for Microsoft to get existing customers to buy new packages of products, in part through a bundle called Microsoft 365. That could lead to more revenue per user, which in turn could lead to larger profits in the quarters ahead.

“It is an important year for modernizing the desktop,” said Koenigsbauer at the JPMorgan Global Technology, Media and Communications Conference in Boston on Tuesday. “It allows us to do a better job of up-selling to higher tiers of service and so forth.”

Microsoft is increasingly making its Azure public cloud the centerpiece of the company in hot pursuit of Amazon, but Windows still matters from a financial perspective. Last year, Microsoft derived $19.5 billion in revenue, almost 18% of its total, from Windows, and former CEO Steve Ballmer recently estimated it still makes $13 billion to $14 billion in profit from Windows each year.

Koenigsbauer is responsible for a set of products called Microsoft 365, which includes Windows 10, the Office 365 subscription-based productivity app suite and the Enterprise Mobility and Security tools. Microsoft introduced the Microsoft 365 bundle about two years ago, he said.

The upgrades will be driven in part by the end-of-life for Windows 7. Microsoft has said it will stop providing Windows 7 support and security updates in January 2020. Some customers will upgrade existing PCs to Windows 10, which came out in 2015, although many will buy new Windows 10 PCs.

Beyond Windows, support for the Office 2010 collection of productivity apps ends in October 2020.

Organizations should update to the latest products to get better security and a lower total cost of ownership, said Koenigsbauer.

Microsoft’s top package for Office 365, known as E5, costs $35 per user per month. It comes with tools like Cloud App Security, which helps IT admins monitor and control the use of cloud services for all people inside of organizations.

“The plan is definitely that they’re going to want to push Microsoft 365,” Trupin said. Microsoft doesn’t list the cost of Microsoft 365 Enterprise on its website.

WATCH: Cramer: Microsoft has been ‘unbelievable,’ but should you buy it here?