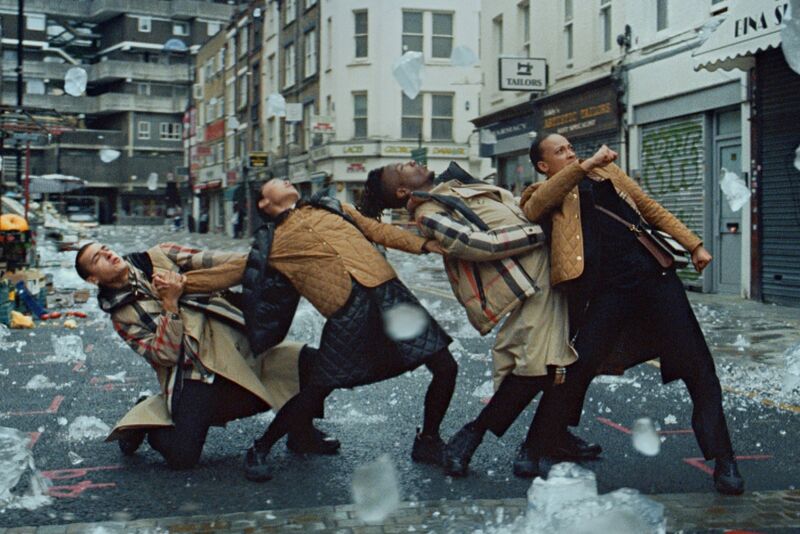 Burberry’s ‘Singin’ in the Rain’ ad is a love letter to the grey weather and gritty streets of London, perfectly encapsulating the energy of the city by recreating the iconic dance sequence from the 1952 American musical, Singin’ in the Rain.The dance scene features a modern take on the song, which plays as a group of well-dressed and entirely unbothered Londoners dodge hailstones that are crashing from the sky. Chaos ensues around the group, but dressed in Burberry, they continue to masterfully avoid any collisions. According to a statement from Megaforce, “The founder, Thomas Burberry, created innovative weatherproof clothing that was used by polar explorers, which gave us this idea of a story that saw its characters braving the elements with ease,”Image Credit: Burberry / Riff Raff / Megaforce